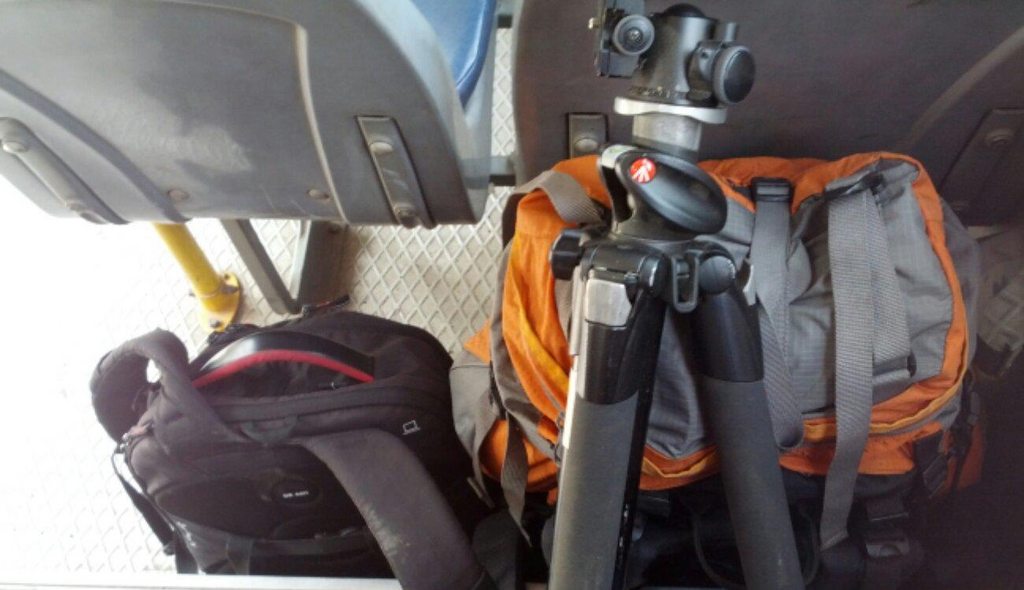 The Kerala State Road Transport Corporation has my full respect. Not only do they have exceptionally clean buses and bus stands, they have some of the most ethical, friendly and hardworking staff I've met so far, always ready to serve you with a smile.

Let me tell you guys the story of my misplaced tripod. We boarded a bus at Ernakulam, and were on our way to Munnar. The bus made a stop at Kothamangalam, where we had to quickly get off and board another connecting bus which would take us to Munnar. So we pick our respective bags and rush to the next bus as it was about to leave.

Ten minutes into the journey I suddenly realize that I forgot to take the tripod from the overhead storage. So I was like, "Sh*t!! There goes my tripod!"

Now had this been any other state, I would have given up hope and made peace with the 'loss' of my tripod. But since this was Kerala, and everyone seemed pleasant so far, I kept hope.

I spoke to the conductor of the bus we were in and told him that I had left something in the previous bus. He replied to me in Malayalam and told me to have a seat. After a short while he handed over a paper with the number of the Kothamalgalam bus depot. So Priya calls them up and says that we left the tripod (we used 'camera stand' to keep thing simple) in he bus we just alighted from. The person on the other side told us to call back after ten minutes.

Ten minutes later we call back and the man on the phone tells us that they have the tripod and to come collect it. How they got the tripod I have no clue, but whoever put whatever kind of effort in getting it there, thank you! We told the man that we could not collect it immediately as we were already on our way to Munnar and would not be able to stop and turn back. So that was it, all we know was that the tripod is at the Kothamangalam bus depot.

Two days in Munnar and we board the bus to Kothamangalam. The conductor got all excited when Priya started conversing in Malayalam to him. We enquired if the bus stops at the depot and told him the story about the tripod. He smiled and told us that the bus will stop at the depot.

We reach Kothamangalam and the conductor tells us to alight. We walk to the depot office and suddenly see our conductor walking out of it, smiling happily, letting us know that the tripod is in the office, while he walked back to the bus. What we just realized, was that while we were approaching the Kothamangalam depot, our conductor was on the phone with the guys at the depot making sure the tripod was there and kept ready. Such a nice man! We thanked him while he rushed to the bus and walked into the office.

The man at the office was even happier to see us. We told him that we are here for the tripod and he was like, "Its here." I've never met public sector staff so happy to be going out of their way to help.

So now were are here, with the tripod, in a bus on our way to Aluva.

If any of you know anyone in the KSRTC, do tell them that I have a lot of respect for them and am really thankful for what they did to make sure that I got my tripod back.